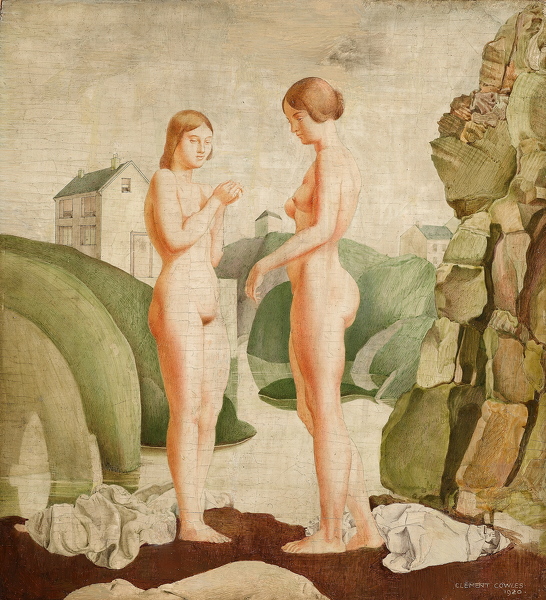 Signed and dated, titled on a label on the reverse


Geoffrey Clement Cowles - currently a subject of on going research - began exhibiting during World War I (at the Chenil Gallery and with the NEAC) and at the R.A, 23 works between 1930 and 1970. His address was Studio 2, Kensington Church Street, W8. He painted several pictures of St Clement's, Jersey, Channel Islands.